Which Country’s Central Bank Owns the Most Gold?

Home » Gold » Which Country’s Central Bank Owns the Most Gold? 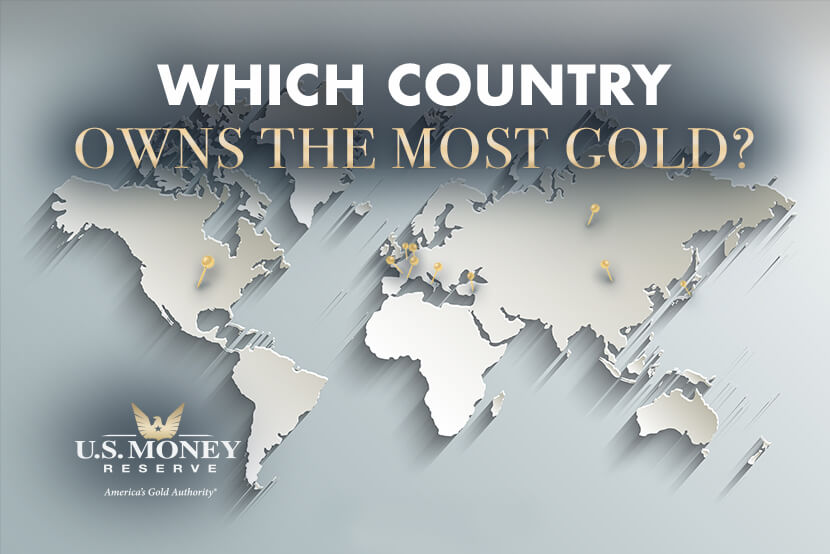 Not only does gold fascinate us, but those who have gold fascinate us, too. Many nations prize the precious metal and hold large reserves of it. That same interest trickles down to everyday buyers here in the United States, thanks to gold’s ability to help promote portfolio stability through diversification, hedge against an inflated dollar, and manage risk.

What country has the most gold in its reserves right now? And who among your neighbors is buying gold? The findings might surprise you!

The U.S. Leads the World

The U.S. holds an elevated place in the world thanks to its powerhouse economy. It’s a position bolstered by the nation’s gold reserves, as the following table of gold reserves by country demonstrates:

How dominant is the U.S. in gold reserves? It takes the combined gold reserves of the next three nations on the list—Germany, Italy, and France—to come out ahead of the U.S.

In fact, “around 20 percent of all the gold ever mined is held by central banks and governments, with the biggest official holdings at the U.S. Treasury,” reports MarketWatch.

The Netherlands Is a Surprise Addition

It’s easy to see why most of the countries listed above fall where they do. Because of their relative size and global stature, it makes sense.

And then you see the Netherlands.

The country is roughly the size of Maryland, yet it makes the list of countries with the largest gold reserves.

Venezuela, by contrast, continues selling off its gold reserves in the face of deep-rooted economic problems. The country does not appear among the list of the top 20 largest gold reserves.

Which of Your Neighbors Owns the Most Gold?

A survey of gold and silver ownership among the general U.S. population gives us a better idea of precious metals possession in our backyard.

Of the survey’s respondents, just over nine percent own both gold and silver. That number jumps to more than 12 percent, however, when respondents between 45 and 54 years old are singled out.

The middle-aged male demographic posted the most affirmative responses to the question. Of these, more than 14 percent own both gold and silver.

What might be behind the gender disparity? According to the survey, “Middle-age [males] tend to be established with a career and thus possess the disposable income to [buy] an alternative asset like gold or silver. Moreover, this demographic is perhaps the most likely to be diversifying their portfolios in preparation for retirement.”

Unfortunately, the survey could be onto something.

“Only 62 percent of women have a plan to protect themselves against outliving their savings, versus 76 percent of men,” reports a recent study by Nationwide Advisory Solutions.

Women also tend to shoulder some unique challenges when heading into retirement, like a history of less earnings and more career disruptions because of caregiving, along with increased healthcare costs once they retire.

Who Owns the Most Silver?

So now we know about gold ownership. But what about silver?

Of all survey respondents, 5.6 percent stated that they own silver, but not gold (compared to about 3 percent who said they hold gold, but not silver).

That number increases to nearly 8 percent when females between 35 and 44 years old are highlighted. That’s the largest demographic in the “only own silver” category.

For men, fewer than 2 percent in the 35 to 44 age bracket own only silver.

Unearth a Gold Mine of Information

To learn more about the world’s supply of gold and how much remains, download U.S. Money Reserve’s free Special Report, “How Much Gold Is in the World.”