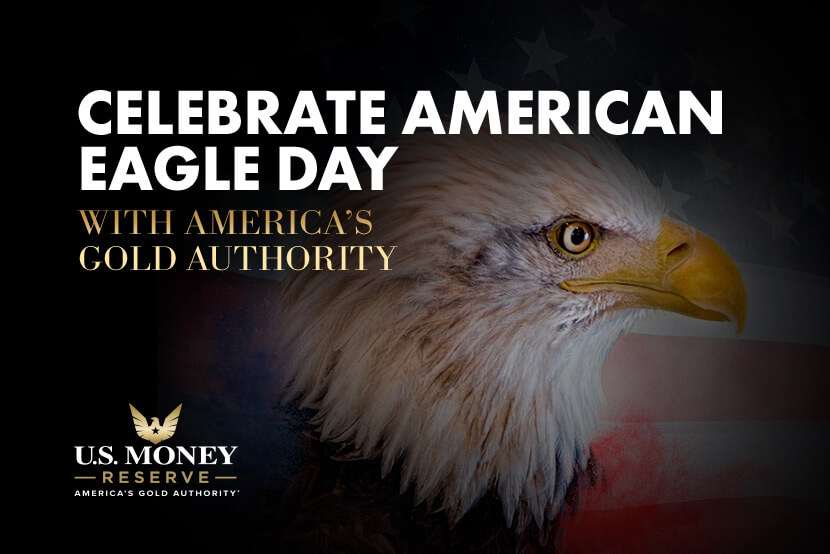 The bald eagle is the national symbol of the United States. Every June 20, we honor our national symbol and raise awareness about protecting the bald eagle. It’s a bird that has been revered throughout history and recognized by great leaders like Ronald Reagan, the father of modern gold ownership and the President who made the American Eagle coin possible. Speaking of fathers, American Eagle Day happens to fall on the same day as Father’s Day in 2021.

Learn the history behind American Eagle Day, why it’s celebrated, and how you can celebrate it in your own family and community.

The Origin of American Eagle Day

American Eagle Day commemorates the anniversary of the bald eagle’s selection as our national symbol. The bald eagle was added to the official U.S. seal in 1792.

President Ronald Reagan declared June 20, 1982, as National Bald Eagle Day and designated 1982 as the Bicentennial Year of the American Bald Eagle. However, both of these were one-time observances.

In his proclamation of the Bicentennial Year, Reagan stated the importance of the occasion: “To catch a glimpse of this majestic raptor is to understand why the Founding Fathers chose it to represent the strength and courage of our great Nation. Its grace and power in flight, its vigilance and loyalty defending its family group, and most of all, its courage make the eagle a proud and appropriate symbol for the United States.”

“Courageous, strong, and free, this magnificent bird is a cherished symbol of all that is great about America. But the bald eagle is more than a symbol—it is a reflection of our commitment to preserve and pass on to our children the precious natural gifts with which our nation has been blessed,” Clinton’s 1995 letter states.

There are several ways you can mark American Eagle Day. Among them:

The bald eagle appears on several coins. One of the newest additions to this family is the 2021 Silver Eagle PCGS PR-70.

The 2021 Silver Eagle PCGS PR-70 coin features one of the final appearances of John Mercanti’s iconic eagle reverse design. Owning this coin is just one way that you can soar with the eagles on American Eagle Day and Father’s Day.

Celebrate the United States’ national symbol on American Eagle Day with your purchase of a 2021 Silver Eagle PCGS PR-70.