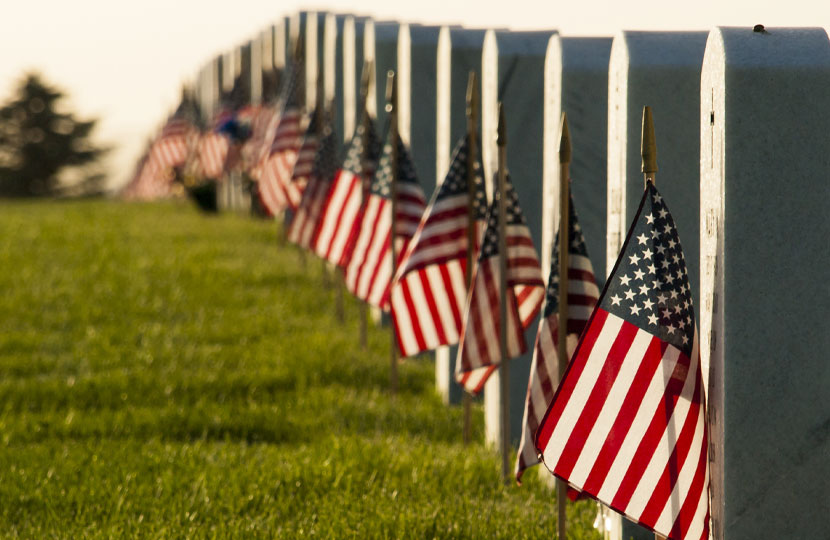 For more than a year, we have all faced unprecedented challenges. One such challenge was the inability for many of us to gather with friends and family to observe Memorial Day in 2020. This week, I want to set aside our regular discussion of news and precious metals and instead focus on something both U.S. Money Reserve and I care about greatly: honoring those who have served our country.

As we go into Memorial Day Weekend, here are three things I plan to keep in mind.

Honoring those who serve extends beyond Memorial Day.

As a CEO, I believe in building and sharing core values with our employees. As an American, I believe one of those core values is service—not only to our customers, but also to one another as peers and coworkers, to our communities, and to our nation. That includes honoring our nation’s veterans and those who have died in service to our country.

Yes, many offices and businesses close on Memorial Day. But it shouldn’t end there. Every day when our employees enter our building, they walk past a wooden American flag from Flags of Valor. This powerful piece of artwork was hand-crafted and signed by veterans, and it was purchased in a silent auction by U.S. Money Reserve during the U.S. Navy Memorial’s Lone Sailor Awards Dinner held in Washington, D.C., in September 2018. That flag serves as a daily reminder of the reason we observe Memorial Day—a reminder of the freedoms we enjoy and of all those who have served and continue to serve in order to ensure those freedoms.

Watch the video of our Flags of Valor ceremony.

Memorial Day has many possible origins, as communities around the country gathered at different times following the end of the American Civil War to honor their fallen by decorating their graves. One such origin comes from May 5, 1868, when General John A. Logan called for a “Decoration Day” to be observed each year around the nation. The idea spread and evolved, culminating in the creation of Memorial Day as we know it.

While the original holiday was intended solely to honor those who died during the Civil War, it has since expanded to become a day to honor all those who have sacrificed their lives in service to our nation—and at 3:00 p.m. local time on Memorial Day, a national moment of remembrance is to be recognized.

At U.S. Money Reserve, we strongly believe in honoring those who serve and defend our nation. Over the years, we’ve humbly joined forces with the United States Navy Memorial, the Naval Aviation Museum Foundation, and the World War II Foundation to honor veteran causes. We also take pride in honoring our military history through exclusive releases, like our coin series commemorating the events of Pearl Harbor and Iwo Jima.

You can even see firsthand where some of our support has gone by visiting Pearl Harbor in Hawaii, where a Lone Sailor statue stands at the WWII Valor in the Pacific National Monument Visitor Center. Participating in the funding of this memorial through our Pearl Harbor coin release is one of our proudest achievements.

Watch the video to learn more about the Lone Sailor statue.

In addition, we launched Wings of Gratitude, a campaign that brings messages of thanks and support to both veterans and active-duty members of the military.

Watch the video to learn more and participate in the Wings of Gratitude campaign.

Why is it important that we, as a company, do these things? Because the choices we make matter in life as well as in business. They show who we really are and what we care about. If we’re going to say how much we appreciate the sacrifices of those who serve, I believe it’s important that we show it with more than just words. We need to show it through our actions.

This Memorial Day, it’s our duty to remember the sacrifices of those who serve.

We have several veterans on our dedicated team here at U.S. Money Reserve. Many of us have family members who have served or are currently serving in the armed forces. Speaking as a CEO, a mother, and an American, I believe it’s our duty to remember the sacrifices of those who defend our freedoms.

As many of us are finally able to gather once again with friends and family, I ask that you also take a moment—perhaps at 3:00 p.m. on Memorial Day—and join U.S. Money Reserve in remembering those who have given their lives for our nation.

To learn more about the Wings of Gratitude campaign, visit usmoneyreserve.com/wings-of-gratitude.